A leading name in the young generation of musicians, Shri.Shounak Abhisheki has carved a niche for himself, gaining prominence as an exceptional vocalist in the field of Indain Classical Music.
A worthy son and disciple of the maestro Pt. Jitendra Abhisheki, Shounak’s presentation of Khayal is an aesthetic blend of the Agra and Jaipur styles of Hindustani Raag Sangeet He had the privilege of being trained by Smt. Kamal Tambe of the Jaipur Gharana, subsequently groomed by the rigorous tutelage received from his illustrious father. A keen understanding of the nuances and intricacies of music making coupled with the stylistic techniques imbibed by him, have lent a unique texture to Shounak’s music.

Endowed with a voice capable of manifesting intensity and emotion together, enhanced with his Striking diction, Shounak likes to explore new dimensions in music, shouldering his father’s musical legacy. His aesthetic approach towards the lyrical content and his keen sensitivity towards the emotive aspects of a composition, gives his performance universal appeal.

Shounak is equally proficient in several other genres of Indian music which he performs with élan through thematic presentations like SWARABHISHEK, TULSI KE RAM, KABIR, SANTAWANI, ABHANGWANI predominantly based on his father’s compositions.

A regular performer in major music festivals in India, Shounak has also toured extensively overseas for a series of concerts in USA, the UK, the USSR, the Arabian Gulf, Thailand, Bhutan, South Africa, Europe etc. He has been recorded by reputed recording companies like Times Music, Sony Music, Music Today, Ninad Music, EMI to name a few.

Apart from gaining the distinction of sharing the dais with Vidwan Dr. M. Balmurlikrishna in performing a duet with the legendry Carnatic vocalist, Shounak’s inclination towards experimentation in music has led him to working with internationally acclaimed artists including musicians from other genres of world music representing groups like Vibgyor, Taal- Yatra, Miles from India and Sounds of India.

Shounak carries forward the vision perceived by Pt. Jitendra Abhisheki under the aegis of the Charitable foundation, ‘Tarangini Sanskrutik Pratishthan’, founded by the legendry musician himself, dedicated to conducting activities related to Indian Classical Music such as awarding Scholarships to talented youngsters and providing pensions to veteran classical musicians, apart from organising events at different places, promoting young and talented artistes. 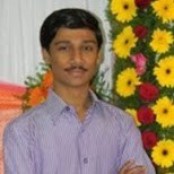 Nilesh Pandey is working as a singer and musician in the field of Marathi films. For the last several years, he has learned singing from famous singers like Suresh Wadkar, Pandit Shaunak Abhishek and Pandit Hemant Pendse. After that he did many programs of Anandi Vastu with Anand Pimpalkar. Here are some selected films from Farzand Disco Sanya Vastra.

Online studies are designed for students whose scheduling commitments would otherwise make it difficult to enroll in a full-time higher education program. Offered for individual courses, diplomas, associate’s degrees and certificate programs, online studies are a valuable option. The resulting qualification a graduate receives after successfully completing.